X
This site uses cookies to provide and improve your shopping experience. If you want to benefit from this improved service, please opt-in.
More Info
Accept Cookies
PRICE MATCH PROMISE
Free delivery over £50
EXCELLENT ON TRUSTPILOT

Below is the Head Tennis press release for the new 2017 Head Graphene Touch Instinct Tennis Rackets.  MDG Sports are one of the first retailers in the country to have this latest racket, so make sure you take along online or in-store and why not take out the demo to give it a try.

Power has never been this effortless. Thanks to a brand new frame construction and the introduction of Graphene Touch technology, the new INSTINCT racquet series offers great touch, excellent maneuverability and the optimum combination of power and control for all playing levels.

The secret to the incredible playability lies in advanced 3D carbon engineering, which provides more stability and a bigger sweet spot for effortless power. The new racquets feature special grommets which dampen vibrations, while the bumper and bridge sections are specially designed to seamlessly integrate with the frame. The new Graphene Touch technology optimizes touch for a solid and dampened feel without compromising the power level that Graphene players around the world have come to expect. The Instinct series comes complete with HEAD’s signature asymmetric design, defined using multiple shades of blue complemented with an apple green pop color. The new colorful design is also featured in the Tour Team bag and the Sportswear collection for a matching head-to-toe outfit.

Available in four different models (MP, Adaptive, S and LITE) to suit every individual playing style, the new INSTINCT racquet series is available at selected retailers and online as of January 19, 2017.

At MDG Sports, we will also have a special version of these rackets, design for the young junior players progressing to their first adult racket but still want a quality tour frame.  We have the Head Graphene Touch Instinct Team tennis racket, the same spec as the MP version however it is at 265g so a much more manageable weight for the younger player.

Due to the incredible success of the 2016 Babolat Shadow Tour Badminton shoes, Babolat have brought forward the launch of their 2017 shoe.  As it was so successful and much loved by everyone, they have decided to stick with the same design as last year for the new  Babolat Shadow Tour 2017 shoe but with a cosmetic change.

As you can see from the picture opposite, they have once again gone for a striking shoe that really stands out on your feet. Having tested the shoe out for a few session now, they definitely feel just the same as the previous model that I loved. As soon as i stepped on court people noticed these eye catching badminton shoes.  The support is definitely much better than any other indoor court shoe I have worn and the cushioning, especially in the heel really helps my heel that used to be quite sore after coming off court.

If you haven't tried this 2017 model yet or even the 2016 version, i urge you to give them a try and I am sure once you switch to these, you won't want to go back to any other shoe.

Wow, what can we say about this shoe! It is one of the most comfortable & supportive tennis shoes that I have ever worn!  These are the words of Brian McFadden, one of the finest tennis coaches around and a former GB junior Davis Cup captain.  The New Babolat Propulse Fury tennis shoes for 2017 are sure to not let you down.

BUY THE NEW BABOLAT PROPULSE FURY AT MDG Sports for only £98.99

These tennis shoes are designed for performance players looking for superior support, stability and durability.

They are very grippy on the surface due to the Michelin rubber used on the soles.  These tennis shoe features a new 360 degree Insock, this makeup completely wraps the foot, as well as the higher instep, it offers an outstanding secure feeling.

Another reason for the ultimate support is due to the new 'Power Belt' that tightens automatically when you lace the shoe, in order to offer full support and stability, especially with lateral and diagonal movement.

This week we have seen Head release their latest tennis racket, featuring their latest technology, Graphene Touch.  Novak Djokovic will be using this new range, an updated version of his previous model.  Djokovic will be using the Head Graphene Touch Speed Pro range, this racquet is 310g and has a 100sq in head size.  The graphene touch technology provides unrivalled touch, gives excellent dampening to give the ultimate feel, while the 18/20 string pattern gives the very best control for advanced players.

At MDG Sports, we would recommend the Speed Lite for advanced junior players, moving up to their first full sized adult racket or players looking for a lightweight maneuverable racquet that helps to deliver excellent power. The Graphene Touch Speed MP would be ideal for advanced club/county players.

At MDG Sports, we also offer a price match promise, so if you find this product cheaper elsewhere, please let us know and we will match this price.

New in this week we have the latest 2017 version of the Babolat Pure Strike.  You may have seen some professional tennis players using a white Babolat tennis racket such as Dominic Thiem.  All it said on this racquet was #ProjectOne7 and we can now confirm that this was the new Babolat Pure Strike.

Features have changed such as the Pure Strike 100 has now changed to 300g instead of 290g as well as a new model introduced to the range.  This is the Pure Strike Team, it weights 285g and has the same 100 sq in head size as the 100 model.

These new racquets are specifically designed for the modern tennis players who like to attach the ball on the rise, hitting the ball early to attack their opponent.  The 2017 version of the Pure Strike delivers more power from each stroke to the previous years model, making it easier for the player to hit a winning shot.  It is the ideal choice of racket for someone looking for a combination between the Pure Control and the Pure Drive.

The 2016 Babolat Badminton Shoes are much improved for this season.  Their top end shoe, the Babolat Shadow Tour Indoor Court Shoes are improved with a lot more cushioning compared to the Shadow 2 from last year. They have added a heel bumper to increase the cushioning further.  Harder EVA for increased Shock Absorption & Dynamic Response

As well as this, they have added extra protection using Soft Shield Technology for Anti Abrasion / Optimized protection & reinforcement.

The sole of the 2016 Shadow Tour shoes are designed for Attack & Propulsion, they have deeper studs for more durability yet bigger studs for closer contact to the court.

I have now worn these shoes for a couple of weeks and I feel they are a big improvement on the 2015 Shadow 2 Badminton Shoes.  So I recommend these completely!

This week, we have seen the 2016 Babolat badminton range and we must say, we were very impressed.  Mike, the Managing Director of MDG Sports tested out the new 2016 badminton rackets and here is what he had to say:

"I tested out the Babolat X-Feel 2016 badminton racquets and although the specification were the same as the previous models, while playing you could notice a small difference.  The rackets definitely seemed to go through the air a little bit quicker, this is probably due to the improved aerodynamics of the 2016 rackets, along with the integrated eyelets to aid this.

I could also notice better control on my shots with the new x-feel range.  After speaking with Babolat about this, they informed me that this is due to the Aero Tubing Technology where there is a new section of the rackets with enhanced rigidity that helps with improved precision on shots.

The other change on these rackets is in the shaft, they have added Cabon Slimplies, this means they have increased layers of carbon in the shaft (but keeping the same weight) resulting in a more dynamic response on shits.

Overall, I would say the 2016 Babolat badminton racquets have improved on last years version, yet they have kept the same price point which is even better!

Due to be released in December 2015, just in time for Christmas, the new Babolat POP sensor is Babolat's next step in connected technology range, after the success of Babolat Play Rackets. 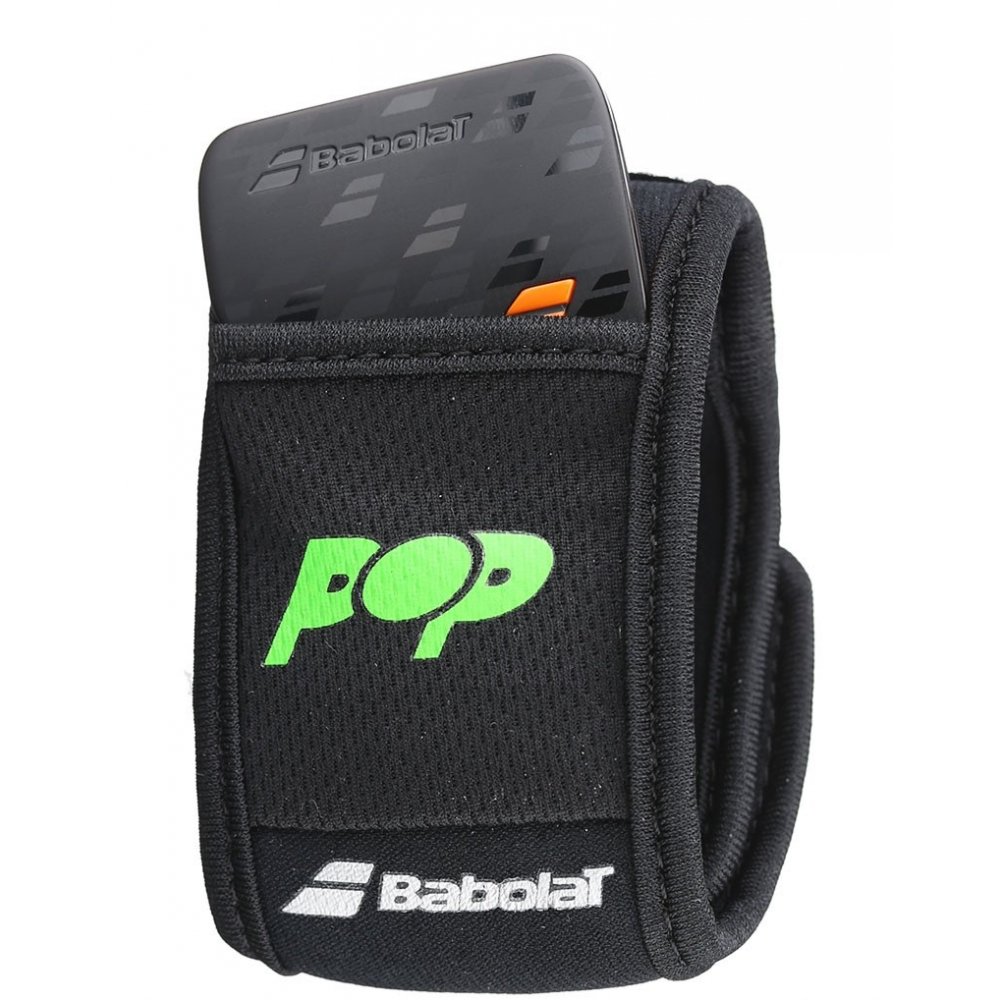 This sensor is designed for use while playing tennis.  You wear in on your playing hand wrist, just like a wristband, yet it has a smart sensor in it.  This the connects to your mobile phone or tablet when you download the app.

Some of the key features that the Babolat POP will give you are: 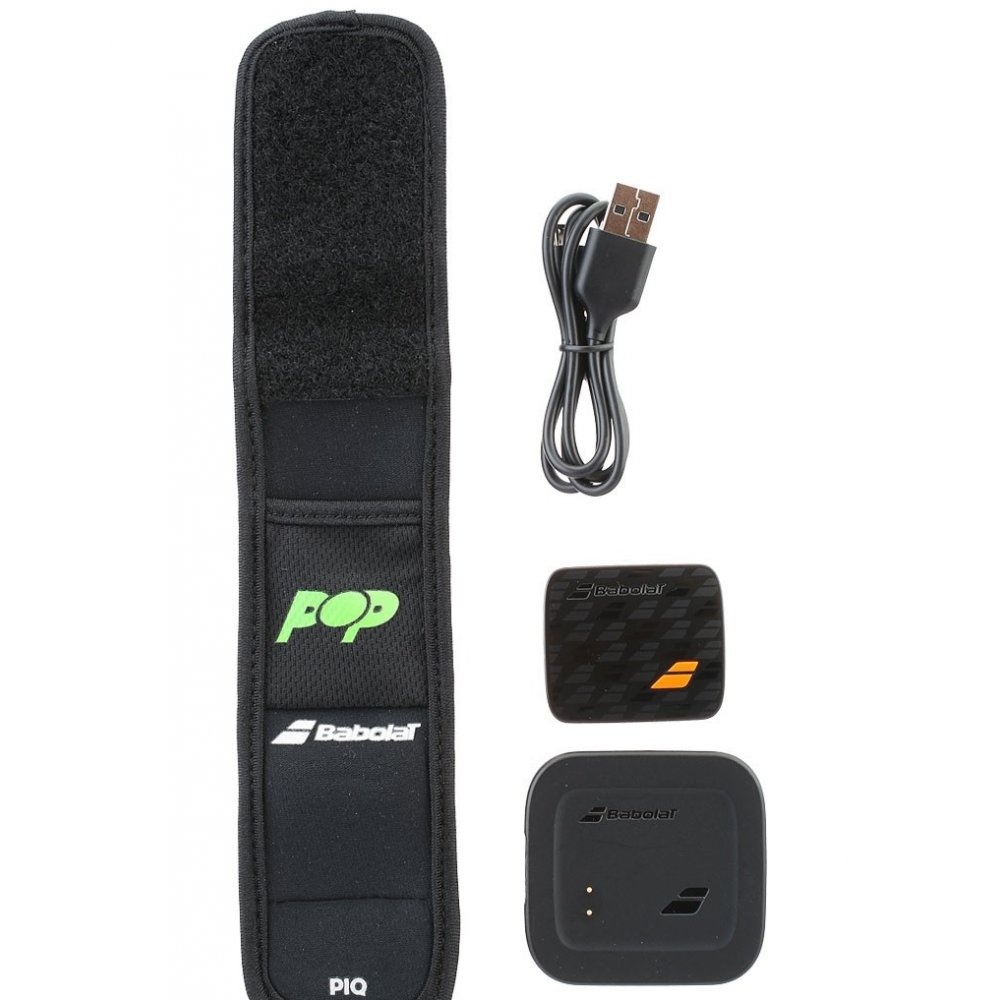 Once you have your PIQ score you can send a challenge to anyone around the world to see how good they are, so a great, fun way to compete with friends!

The wristband itself is machine washable and all your friends can try it out with their own racket! This is guaranteed to be popular so pre-order yours now to avoid disappointment!

On 13th November 2015, something special is happening at MDG Sports.  We have been selected as one of the lucky Authorised Head Tennis UK retailers that have been given a limited number of the new Head Graphene XT Radical tennis rackets before the official release of these racquets in January 2016.

Coming into store on this day, we will have the Pro, MP, S, Lite, Rev Pro and MPA versions of these tennis rackets as well as all of the junior range from the aluminium versions from 19", 21", 23", 25" and 26" but also the 26" full graphite graphene XT version.

There are a very limited number of these rackets in the UK before 2016, therefore if you are interested in getting one, then make sure you either pre-order now with us, come into store on the day or hope there will still be some available on our website on the 13th November!